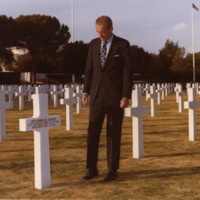 Welcome to A Centennial Celebration of Congressman G.V. "Sonny" Montgomery. Mississippi State University Libraries is proud to honor the 100th birthday of the late Congressman Montgomery in this digital exhibit. Please click through the links on the right to explore more content. 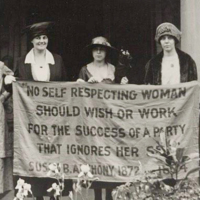 Exhibit focused on the American Women's Suffrage Movement in America. 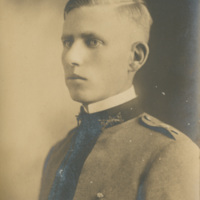 World War I, also known as the Great War, began in Europe in 1914 following the assassination of Archduke Franz Ferdinand of Austria during a visit to Sarajevo. The United States entered the conflict in 1917 after Germany adopted unrestricted submarine warfare and attempted to build an alliance with Mexico. New military technologies and trench warfare led to extraordinary levels of bloodshed and destruction and the loss of more than 16 million civilian and military lives.  According to The Mississippi Encyclopedia, Mississippi contributed 57,740 individuals to the fight; roughly three fourths of this number was drafted.

World War II, which spanned from 1939-1945, is the largest and deadliest armed conflict in history to date. The war took place over six continents and each ocean and claimed an estimated 50 million lives. This number includes military and civilian casualties as well as the 6 million Jewish people slaughtered by the Nazis. The United States entered the war in December of 1941 following the bombing of Pearl Harbor. Once again, Mississippi sent many men and women off to fight at the front.

These letters, drawn from manuscripts collections held by the Special Collections Department of Mississippi State University Libraries, were written by men and women, including many graduates of the University, who served in these great conflicts or who lived in hope that their loved ones would return to them after the war. The soldiers’ thoughts on getting accustomed to the pace and structure of military life and missing their homes, families, farms, and favorite foods, like Mama's chocolate cake, are recurrent themes in their letters; their voices, as well as the voices of their loved ones, are represented in this exhibit. 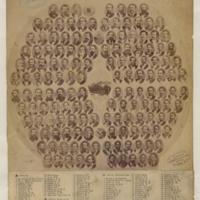 They were farmers, teachers, ministers, and blacksmiths. Some were born free in the North, while others were born enslaved in Mississippi. Some were highly educated, and others had been forbidden by law to be taught to read. Many came to Mississippi to help their Southern brothers and sisters build a more just government, and many were driven out by violence only a few years later. Learn about the first African American men to serve on Mississippi's state legislature during and just after Reconstruction. A few of these men, such as Hiram Revels and Blanche K. Bruce, are relatively well-known. The vast majority, however, faded into obscurity, just as the white supremacist power structure wanted.

This virtual exhibit is a mirror of my original website, Against All Odds. The site is intended to provide information that is not readily available elsewhere. If more prominent figures have extensive biographies elsewhere online, I have linked to those instead of spending research time on them.

This is an ongoing research project; I am continually exploring sources and adding more information about these men.

Content note: some of the sources quoted include offensive racist language.

In May of 1968, three short years after Starkville native Richard Holmes became the first Black student to enroll at Mississppi State University, a group of African American students at Mississippi State University founded MSU’s first Black student organization, Afro-American Plus. The group’s goals as laid out in their constitution were “to become better recognized as students of Mississippi State University,” “to promote peaceful coexistence with other students,” and “to educate all about Black culture and instill Black pride.” While the students were careful to work within the regulations of the university, they were not afraid to push boundaries, inviting speakers like Fannie Lou Hamer and Stokely Carmichael to speak on campus, and creating politically provocative Black history displays. The group’s goal was to create community on a majority white campus and to improve the lives of Black students on campus. This exhibit highlights Afro-American Plus' early years and the work they did, through social events, activism, and pushing MSU administration on issues like recruitment of Black students and professors.

This exhibit features the poetry of faculty members and alumni of Mississippi State University. These poems highlight the poets’ personal experiences, ruminations, and feelings and provide important cultural context to the world in which we live. We hope that these poems inspire you and encourage you to celebrate poetry in April and throughout the year.

This exhibit was curated by Carrie P. Mastley, Manuscripts Librarian. 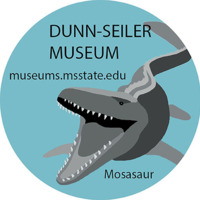 This exhibit will take visitors on a journey through time to learn more about the geologic history and prehistoric life of North Mississippi demonstrated by specimens from the Dunn-Seiler Museum.