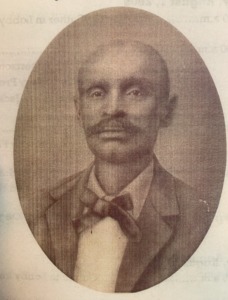 Served with the 82nd Regiment of the U.S. Colored Troops, ending his service as a second sergeant. He was a representative at the 1868 constitutional convention, where he proposed a requirement for electors to have an “acceptance of the civil and political equality of all men.”

Handy was listed on the 1870 census in Copiah County with wife Hannah and several children. By 1880, he had moved to Kansas, where he also ran for political office and continued to be outspoken about racial equality. He spent the last decades of his life in Atchison, Kansas, with wife Kate and is buried there at Oak Hill Cemetery. 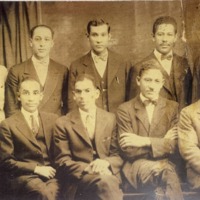 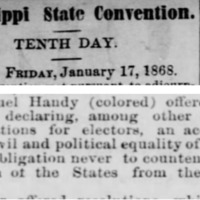 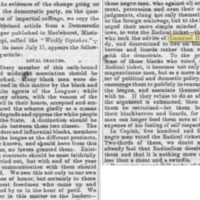 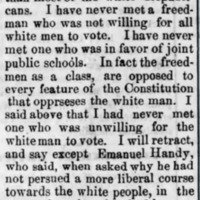 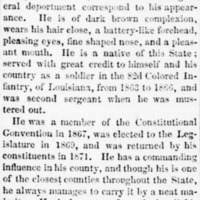 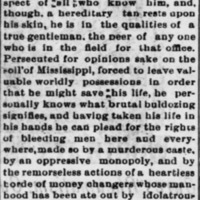 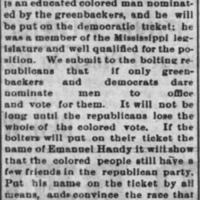 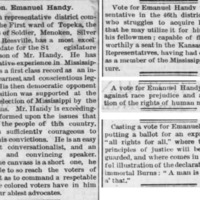 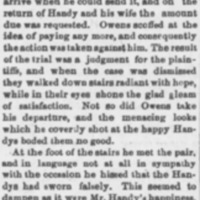 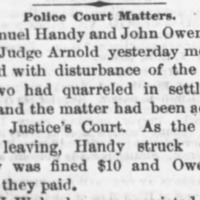 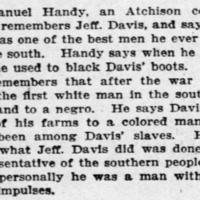 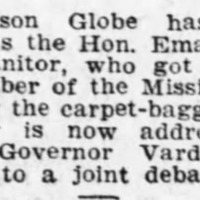 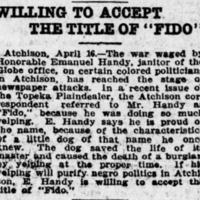 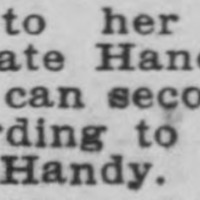 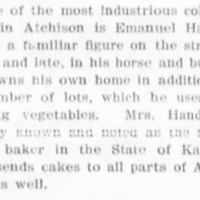 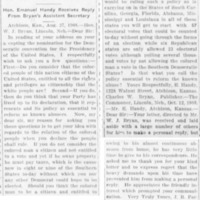 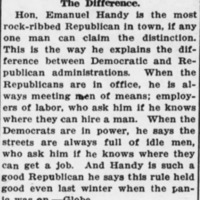 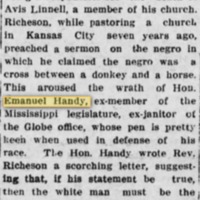 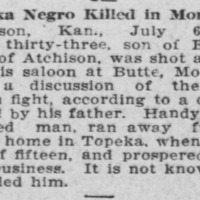 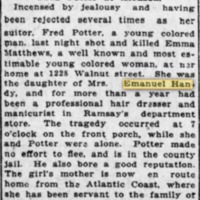 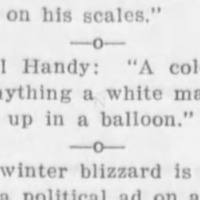 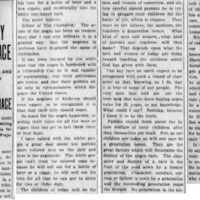 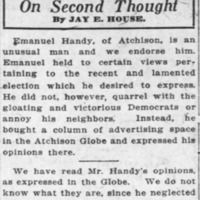 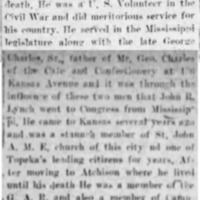 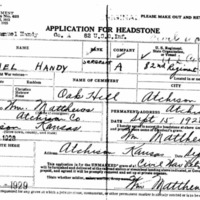 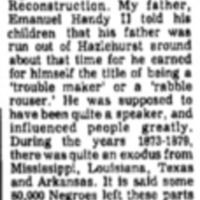 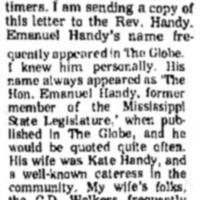 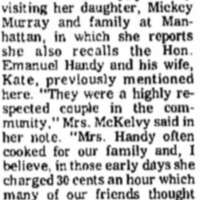