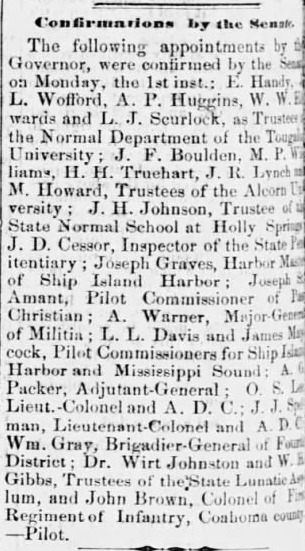 Confirmation by the Senate.