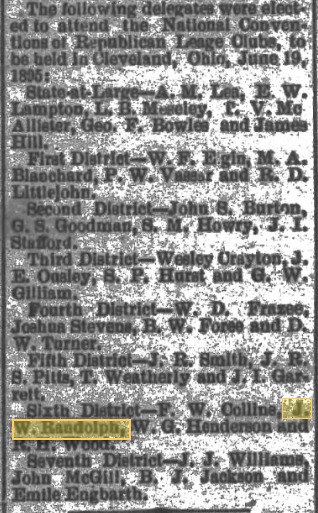 The following delegates were elected to attend the National Conventions of Republican League Clubs, to be held in Cleveland, Ohio, June 19, 1895: