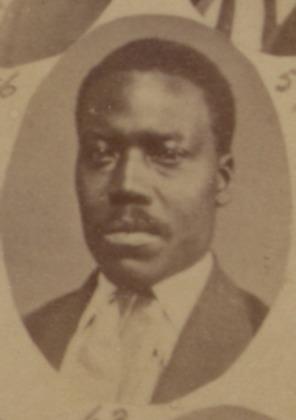 Farmer and Baptist minister. Listed on the 1870 and 1880 census, working as a farmer in Monroe County with wife Sarah and children. In 1900 and 1910, Walker and his family were living in West Point, and he was working as a minister. He held many church offices, including vice president of the Baptist State Convention.

“His parents being unable to give him the necessary assistance in obtaining an education, he began to study under Captain Macklanham of Tennessee, who came to Mississippi just after the war. Next he received instruction from the never-to-be-forgotten Mrs. R. Cunningham, who is now among the leading female educators of Clay county, Miss. He was converted under the pastorate of Rev. Alfred Goodwin, and served as church clerk for five years. And was ordained in 1882 and at once called to the pastoral charge of the Baptist church at Artesia, which church he served ten years. He has made an enviable record as a church builder. Besides some prominent political positions Rev. Walker has held and is holding some prominent ecclesiastical positions. He has been corresponding secretary, vice-moderator and now moderator of the Mt. Olivet Association and treasurer of the Sunday School Convention and second vice-president of the Baptist State Convention of Mississippi.”
(Patrick H. Thompson, The History of Negro Baptists in Mississippi, 1898.) 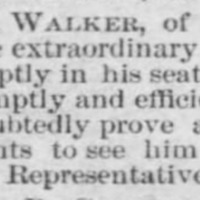