Farmer. Elected as a Holly Springs city alderman in 1879. Listed as "county assessor" on the 1880 census in Holly Springs, where he is living with wife Nettie Johnson (married January 2, 1879) and her mother and siblings. He was still living in Marshall County with Nettie and their children on the 1900 census. By 1910, the family had moved to Minneapolis, where Cunningham was working as a machinist. He died later that year. According to his death certificate, his parents' names were James Cunningham (born in Ireland) and Annie Roass. Nettie died in Tacoma, WA, on April 27, 1932.

The 1860 slave schedule lists a James Cunningham in  Marshall County, and he is enslaving two boys who would be Robert's age. 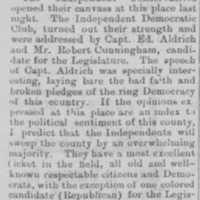 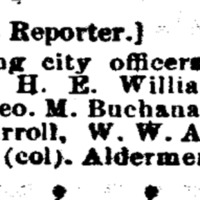