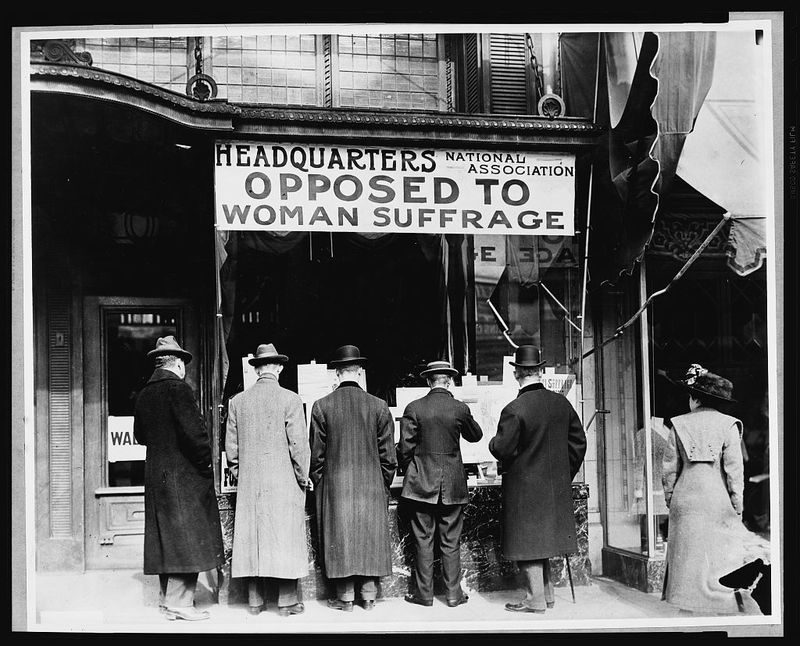 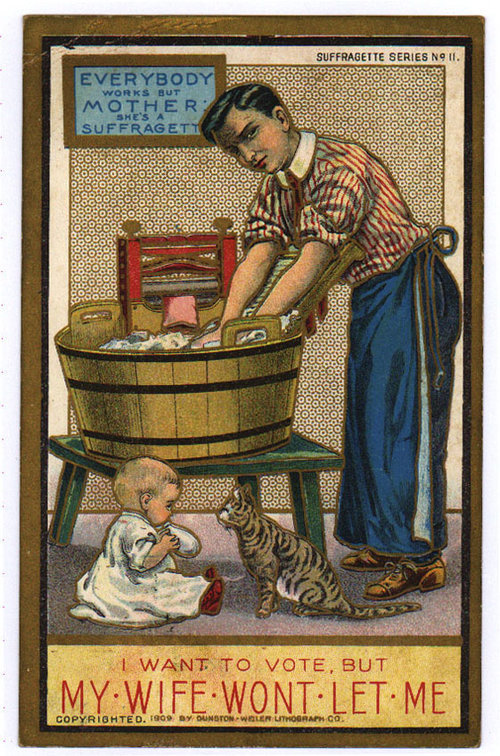 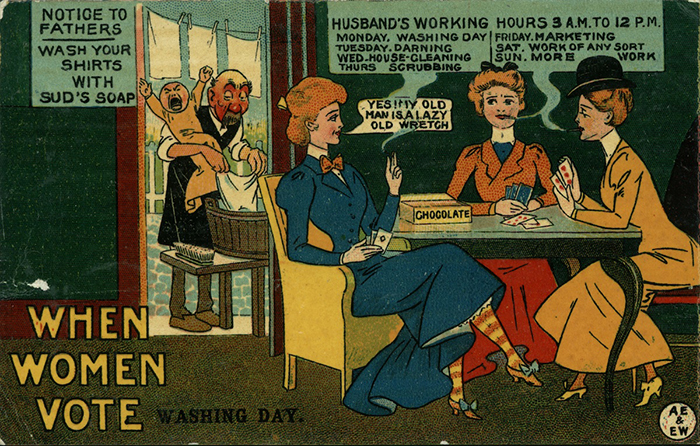 Although difficult to comprehend today, there were many men AND women opposed to the idea that a woman would wish to be involved in the political process. Statements like “you do not need a ballot to clean out your sink” prevailed among the opponents. The rhetoric of those against suffrage permeated the news print, books, sermons, speeches, broadsides and banners for several decades.

In the course of nearly a century fighting for their enfranchisement, suffragists found themselves negotiating limitations with the usual suspects - church leaders, politicians, and other men who held positions of authority. However, one of the greatest causes of consternation for leaders in the movement were the negotiations they were called upon to maneuver with members of their own sex. The anti-suffrage movement, often led by women, was vocal, well-populated, and presented a real threat to the success of those seeking the right to vote.

The “antis,” as they were called, firmly believed in their cause as much as the suffragists, and this created a dilemma for the movement. Women opposed to suffrage saw the home as a religious front against the ills of society and believed the self-centered nature of the suffragist was in direct opposition to the selfless nature of women whose lives centered around God and family. These female anti-suffragists often used religious rhetoric to express their opinions.  Helen Johnson’s Woman and the Republic published in 1913 argued that the Bible and the Church was the source of a woman’s true rights and that if the Church maintained its power and authority in the community, women would have a place of leadership in their homes.  She spoke against women preachers like Anne Hutchinson, Lucretia Mott, and Elizabeth Stanton stating their story was as old as time itself, and they should learn from Eve’s predicament, that “Woman first aspired. She stretched forth her eager hand to seize the good, and in so doing snatched the evil that grew beside it.”