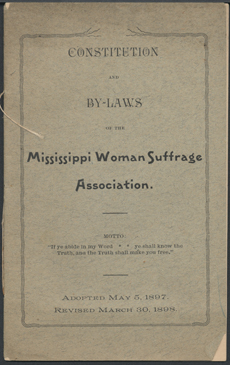 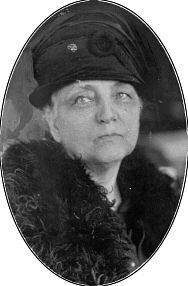 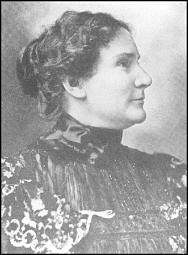 The Mississippi Suffrage Association was formed in 1899, but it was unsuccessful in efforts to organize support until 1906 when Miss Belle Kearney, Mrs. Butt, Mrs. Edward Sloan and Dr. Delia Randall met at the Edward’s home in Jackson to galvanize the association and elect officers. In 1907 a 5-day conference took place at the home of Charles and Lily Thompson in Jackson. The Association discussed introducing a measure at the next session of the Legislature and met with Governor Vardaman to plead their cause.

In 1908 a State convention was held at the Governor’s Mansion in Jackson, and thereafter state conventions were held in various cities across Mississippi, including Starkville, Meridian, Gulfport, and Greenville. In 1910 at the Tri-State Fair in Memphis, the Mississippi Association joined the Tennessee Association in a booth which featured a press exhibit several yards long containing pasted clippings from Mississippi newspapers, as well as suffrage arguments. On March 3, 1913, Fannie May Witherspoon, daughter of Congressman Witherspoon, represented Mississippi in the National Suffrage Parade in Washington. In 1913 there was a “woman suffrage day” at the State Fair, with members of the association manning the suffrage booth and garnering support from visitors to the fair. Speeches were given by members and a contest was conducted for the best argument for woman suffrage written by a college student. Six Mississippi colleges were represented and Pearl Powell of the Industrial Institute and College (now Mississippi University for Women) won. Major R.W. Millsaps of Millsaps College was also a strong supporter of the movement.

By 1917, there were over 3,000 members of the association. In 1919 the State Teachers Association unanimously passed a resolution endorsing woman suffrage. The resolution was introduced by Professor Frederick Davis Mellen of the State Agricultural and Mechanical College (now Mississippi State University). Through the decades of fighting for women’s suffrage, the association also partnered with other women’s organizations to modify laws related to women’s welfare. They were instrumental in lobbying for raising the age of consent - from 12 to 16, then to 18 in 1914. 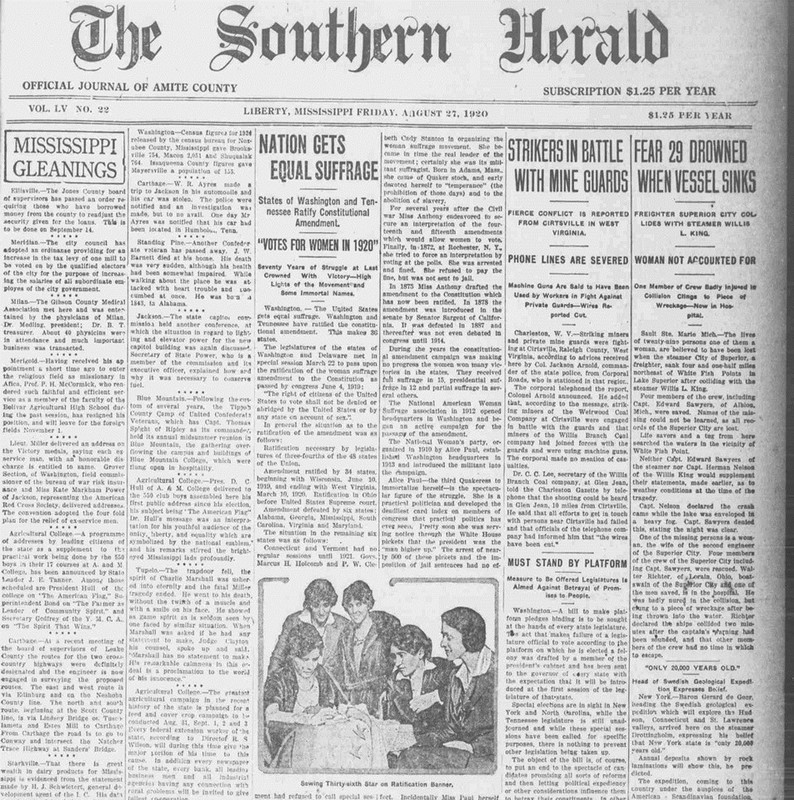 On January 24, 1920, the Brookhaven Semi-Weekly Leader announced the dramatic events taking place in the Mississippi legislature related to passage of a federal women’s suffrage amendment, stating, “The Mississippi House of Representatives by a vote of 106 to 25 today, rejected the Anthony amendment to the Federal Constitution, proposing female suffrage under congressional regulation. The vote came on a resolution to reject introduced by Mr. Winter, of Grenada. The resolution was popular and went through with a whoop though not before a good bit of oratory had been spilled on the subject.”  However, as states around the country voted to ratify the Amendment, some Democratic senators felt threatened that without a vote for ratification, their party would be hurt in the upcoming presidential election, and another Republican state might get the credit for a suffrage victory.  As a last-ditch effort to reverse what they saw as a potential political disaster, the Senate called for a reconsideration of the amendment.  The vote was a tie, broken by the Lieutenant Governor in favor of ratification on March 30, 1920.  At this point, Mississippi suffragists believed that their state might be heralded as the all-important 36th and final state to ratify. However, on March 31, the House again voted against ratification with a vote of 94-23. After several months enduring a political roller coaster, the Mississippi suffragists were devastated.