That the white leaders of the republican party in Mississippi, who now have complete control of the organization and patronage, are going to have a hard time whipping the negro members in line when delegates are chosen to the next national convention, was clearly shown by the mass meeting of negro leaders at the American theatre last night.

The negroes are in open revolt against Roosevelt and his patronage dispensers in the state, and, tempted by an agent of the Foraker boom sent here from New York to work up sentiment among members of the race, they have given endorsement to the presidential ambition of the Ohio senator by applauding in strongly worded resolutions his action in securing an investigation of the discharge of the famous 25th infantry.

During the mass meeting last evening several rather inflammatory speeches were delivered uring the negroes of the state to qualify for suffrage and more actively participate in political affairs. This is a contingency, however, that is not likely to happen while present suffrage restrictions are in force and upheld by the courts, but that the negro element of the party has grown very hungry by long absence from the pie counter, and much wrought up over the disposal of federal officers among white democrats, is not a matter of doubt.

The meeting was presided over by Dr. S. D. Redmond, of this city, and the following resolutions were adopted just prior to the adjournment.

"We, the republicans of the state of Mississippi in conference assembled dispatch greetings to the party at large, desiring it to be known how proud we are of its traditions, what pride we take in the glorious service it has rendered the successful culmination of the plans of the fathers who laid the foundation for this mighty nation. Government is by party, has always been by party, and will forever be. Rich is that government blessed with the service of a party whose very foundations are laid in the eternal verities which shall endure unto the end of time. We exalt that the republic has leapt to the forefront of nations, and that its great achievements have come under the influence of republican principle. We have been unable by a system of disfranchisement, as contemptible as it is revolting, to contribute substantially to the endorsement of those principles, but adequately they have been sustained by the nation at large. If the loyal element in the republican party at the south could voice its sentiment, how wonderful would be the unanimity of the American people's endorsement of these great principles. We have an abiding faith, however, that in the not distant future justice shall arise and reassert her rights, and we shall be free again.

"We remind our party chieftains that victory goes responsibility. Conditions change. Civilization moves on. What was economically correct yesterday may economically incorrect today. Mortality alone is abiding. In protection for American industries, especially infant industries, we heartily concur. It is our opinion, however, than an early consideration of a revision of certain schedules would advance peace, and would not retard the wave of prosperity now evident throughout the bredth of the country.

We have great satisfaction in the work done by our country in behalf of civilization in the Philippine islands. Utopia has not sprung up there, but we believe the leaders of the republican party, accurately reflecting the dominant sentiment of the United States, has done well, according to their lights. Bryanism is dead. The gold standard is forever triumphant, but it triumphed only when the sentiment of the country's money problem was entrusted into the hands of our party whose history is the history of the progress of our institutions. The nation will go on. So will the republican party. If both shall embrace the conservative element of abiding justice.

"We declare our unalterable allegiance to the principles of the party as handed down by Chandler, immortalized by Lincoln, and dyed in the slaughter of '61. Upon these principles we have forever stood and will forever stand. We believe in a majority rule, and insist that the victors shall enjoy the fruits of their labor. We deprecate the policy of our present administration of ignoring battle-scarred and principle-loving republicans, who have borne the burden in the summer and in the winter, through sunshine and through shadow. Likewise we deprecate the policy of the administration in appointing in their places, or arraying above them members of the democratic party who are irreconsilably opposed to every principle, tenet and doctrine held dear to the heart of every loyal republican. We deplore that policy of the present administration which removed from positions of honor and trust life-long, capable, honest and honorable republicans, and which appoints in their stead members of the democratic party, as in the case of that matchless leader of men, the lamented James Hill; in the case of Laverett, of Montgomery; Leverett, of Yazoo; Courtwright, of Sharkey, and especially Matthews, of Hazlehurst, whose family has suffered more indignity, endured more insults, and borne more scars for the cause of republicanism in this state than any other family within our borders. It is not necessary to record how grievous was the importation of a democrat from Washington to supplant a member of our party in the United States land office at Jackson. Other such despicable acts are too numerous to mention. Insult was added to injury by the appointment of a democrat as referee and superintendent of all life-long republicans in this state. This referee is doubly odious in that he has no standing in the councils of his own party.

The president complains that the smallest republican vote cast in this state was cast for him for the presidency at the last election. This is so, but there is a reason. The president was advised by those who sought his hand that a new party would arise in its place if he would discourage active participation in party affairs by the party's most loyal element. He was impressed with the eloquence of his suitors. He appointed a democratic referee as an evidence of good faith. At the succeeding election not only did not the promised new party fail to appear, but the administration's attitude toward the party and its leaders naturally and effectively demoralized and disheartened the rank and file hence the small party vote. We call the attention of the administration to these facts, and demand a return of the republican party to republicans.

"Looking to the life of the party and the sustaining of its mighty principles, those born with the awakened conscience of the nation, and which has contributed so largely to the progress and present world-acknowledged power of this republic, desirous of having the party throughout the nation thoroughly understand the stability of our loyalty to its highest interests, we hereby remind the chieftains of our party, and the rank and file alike, that the republican party of Mississippi stands ready and willing to align itself toward selecting a nominee for the presidency who will valiantly lead the party to victory, and hold fast during his term of office to the original belief and principles of the party, and will prove them by meting out to all men under the flag equal and exact justice, having in view the perpetuation of the constitutional liberty of this republic, a nominee who will lay to his heart party loyalty and bold equity in the administration of his high duties, applied to civilians and soldiers alike.

"In all things which have contributed, toward the grandeur of this republic, added lustre and prestige to the stars and stripes, the party played by the American soldier is beyond the estimation of the most accurate historian. By his valor and rectitude of behavior upon a thousand battlefields, in the beneficent necessity of war in holy causes, he has glorified the call to arms and writ high this nation's name.

"As republicans we take delight in calling up the deeds of our country's defenders. As republicans we grieve that the least in the ranks of the army, black or white, should be denied the fruition of his work, or needlessly held up to public scorn.

"With pride, just and excusable, we view the act of the republican senate in its love for justice and right and devotion to its sacred duties, in making way for the brave soldiers of the 25th infantry who were dismissed without honor from the service which they glorified, to be heard in their own defense, a course denied them by their superiors. This evidence of respect to the fundamental laws of morality and just government is one of the highest acts of sacred duty performed by a senate of these United States.

"We record our highest admiration to Senator Joseph Benson Foraker, a beloved and brilliant captain of the old guard of our party, rich in great sons, and one of the foremost statesmen of his period, who dedicated his mighty powers towards securing for these soldiers such a hearing as was compatible with simple law and justice. He has endeared himself to republicans of Mississippi, representing, as we believe, the sentiments of all in the party who have pride in its traditions and faith in its mission wherever the flag floats.

"Republicans of Mississippi, our rights have been denied us, our political hopes scorned and spurned. Our oppression is unexampled. In our right hand is a sword that can smite down those who needlessly oppress us. We appeal to all loyal republicans to rally as they have never before rallied, throw off the yoke set upon their neck, recover their lost possessions, and stand again full and free in the enjoyment of their glorious heritage. Men, arise, or be forever lost!" 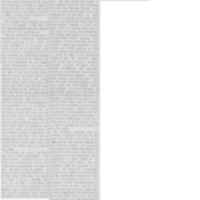