He joined the A.M.E. Church before he reached his Majority

He was made a Mason in Hiram Lodge No. 3. of the jurisdiction of Penn. in the year 1836, and was Grand Master of the Grand Lodge of Ohio. He was the founder of the Order in Miss. and remained its Grand Master until death.

Founder of the K of P. of Mississippi under the Jurisdiction of N.A; S.A; E.A & A. its first Supreme Chancellor. The first Grand Chancellor of the State. This order was founded by him March 26, 1880. in the City of Vicksburg.

In 1882 he succeeded in perfecting the Organization of the present grand Commandery of Miss. and had received all the Degrees in Masonery including that of the 33 Degree, and as a reward for his labors was honored and loved by all.

Erected by M. W. Stringer Grand Lodge of A.F. & A.M. of Miss. and dedicated to the memory of their First beloved Grand Master.

Dedicated to the Memory of Thos. W. Stringer P.R.G.P. By Bathsheba Grand Chapter." 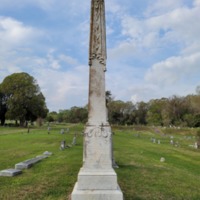 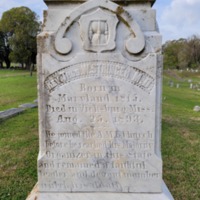 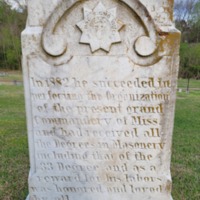 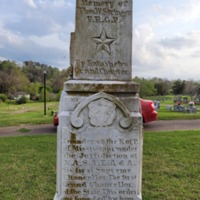 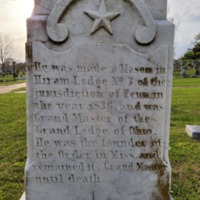 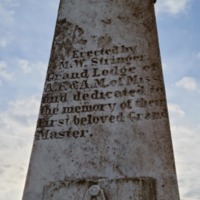