Exhibit Case #2: A Life of Service 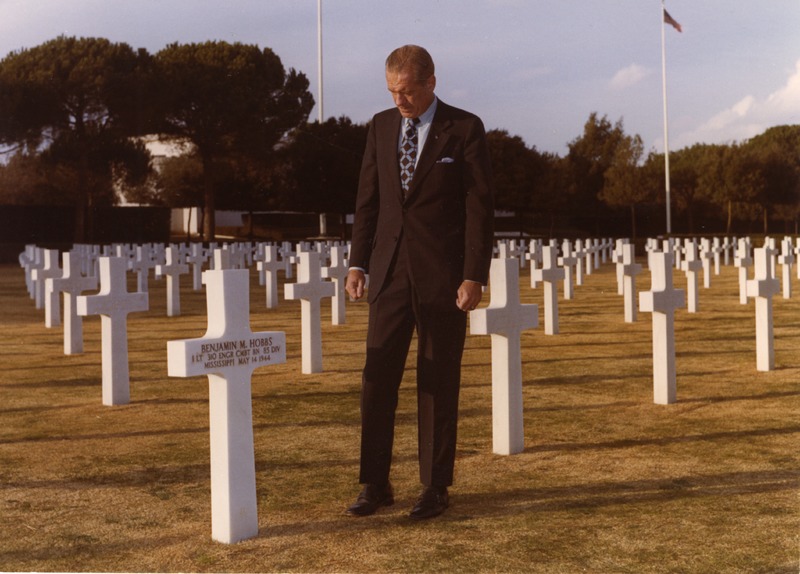 WWII veteran Sonny Montgomery pays his respects to his fallen United States comrades at an Italian cemetery for American soldiers who died in WWII. 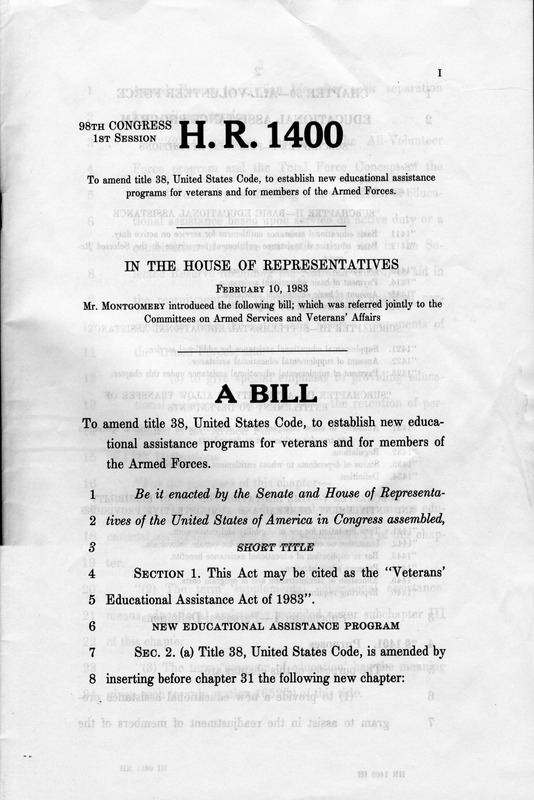 This is a copy of H.R. 1400, Congressman Sonny Montgomery's proposed expansion of the G.I. Bill, which gave educational aid to servicemembers and veterans. Introduced in 1983, the bill passed in 1984, and because of Montgomery's work on it, it was named in his honor. Among other improvements, the bill extended G.I. Bill benefits to members of the national of the National Guard and the Army and Air Force reserves. It was considered Montgomery's signature legislative achievement. 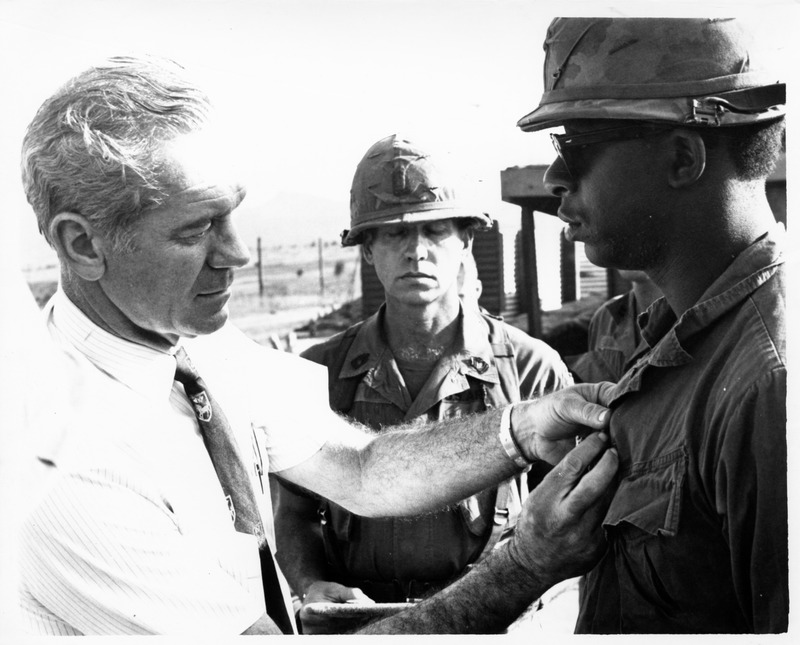 Congressman Sonny Montgomery, on a tour of 4th Division firebases, presents Sgt. William Bledsoe of Brookhaven, Mississippi, with a Bronze Star with "V" Device during ceremonies held at Firebase Blackhawk. 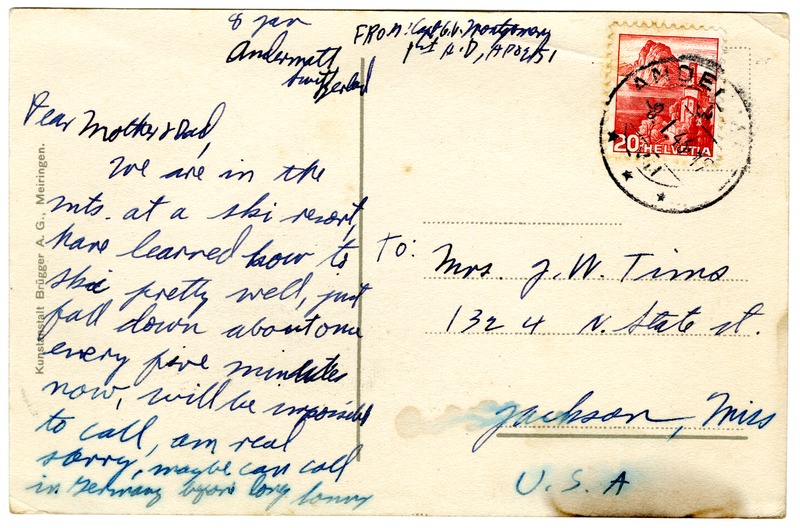 This is a postcard from Sonny Montgomery to his mother, Mrs. J.W. Tims in Jackson, MS, sent from Switzerland on January 8, 1946. It reads: "Dear Mother & Dad, We are in the mts. at a ski resort, have learned how to ski pretty well, just fall down about once every five minutes now, will be impossible to call, am real sorry, maybe can call in Germany before long. Sonny" 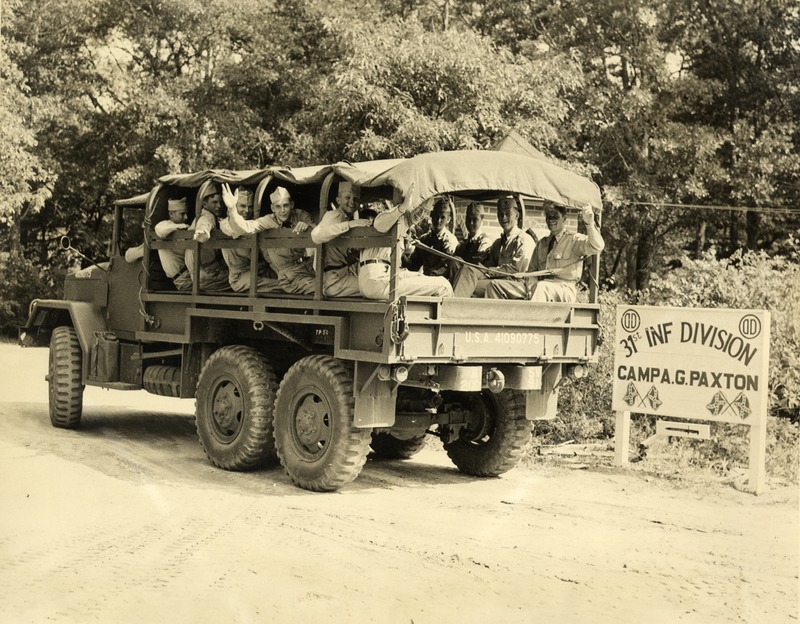 Sonny Montgomery, far right, rides in a truck with fellow members of the 31st Infantry Divison, with which he served on active duty during the Korean War. 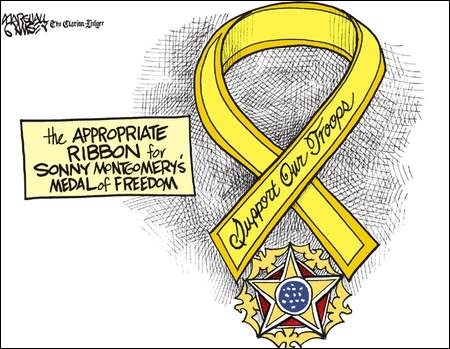 This cartoon by nationally recognized Pulitzer finalist Marshall Ramsey appeared in Jackson, Mississippi's Clarion-Ledger newspaper in 2005 in honor of Sonny Montgomery's receipt of the Medal of Freedom from President George W. Bush. 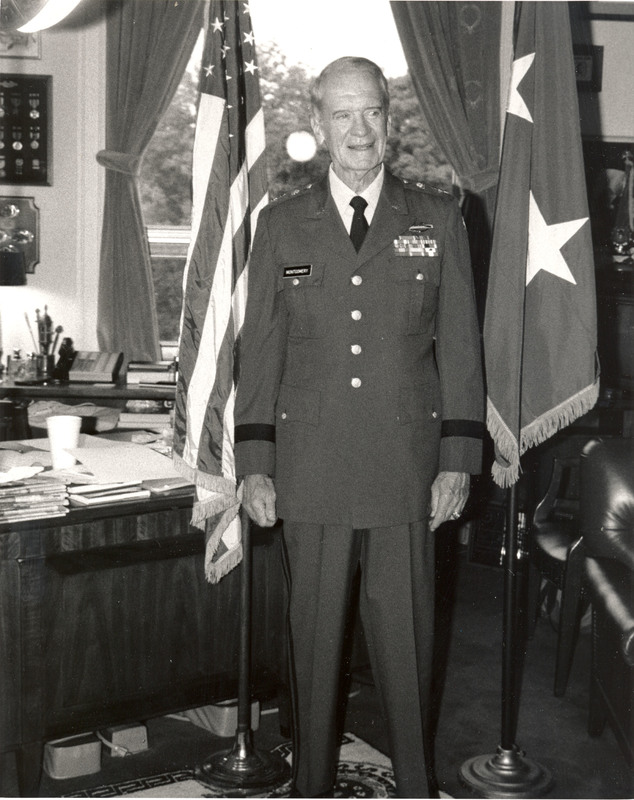 Congressman Sonny Montgomery retired from the Mississippi National Guard at the rank of Major General. Here he is photographed in his uniform alongside his two-star general flag. 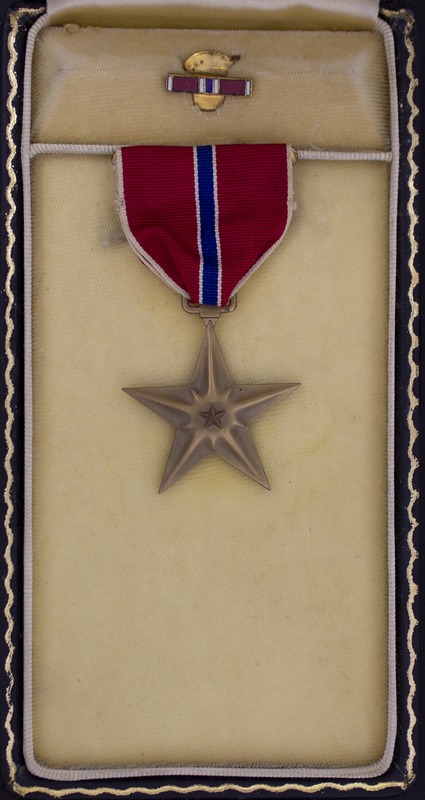 This is the Bronze Star Medal for heroic achievement Sonny Montgomery received in March 1943 for his service in Germany in World War II as a member of the United States Army. Along with fellow comrades, Montgomery was instrumental in capturing a powerful German machine gun that had been inflicting mass casualties to his unit.