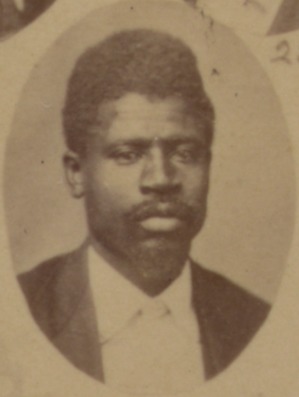 Born into slavery in Louisiana and self-educated. Served as Constable of Amite County. Baptist minister. I have been unable to find Kendrick on the census.

“Eld. Reuben Kendrick, a colored minister, did much for the cause in this state. He lived in Louisiana. He was baptized by Eld. Wesley Gule of Kentucky and received into the Wamac Chapel Church. He was licensed to preach in 1868 at Baton Rouge and formed his first church at Spring Hill under a large white oak tree. His second was at Zion Hill and third at Cockram Hill. Willis Harris now joined them and they formed the fourth church at Pleasant Grove. He was ordained at Baton Rouge in 1869 by Eld. Gule and Geo. Harris of Kentucky. Returning to Mississippi he lived with his first work till 1875, during which time he had baptized 612 persons. In 1871 he was chosen representative to the State Legislature and served four years. He left that part of the state because of the corruption of the political party to which he belonged and settled at Natchez. Here he worked a year for Christal Swarts to get him to build him a chapel to preach in, which was done and soon he formed a church in Natchez… In 1884 he went to Amite City, Louisiana, and established a church in that place.”
(G. W. Million and G. A. Barrett, A Brief History of the Liberal Baptist People in England and America, 1911) 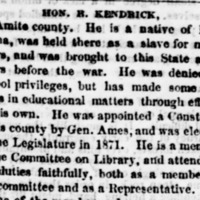 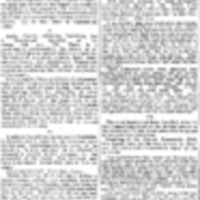