Delegate at the 1868 constitutional convention. Served on the board of trustees for Alcorn University.

“The sheriff’s offices of Bolivar and Washington counties were disposed of under circumstances that index the motive of selections. Governor Alcorn appointed a personal friend, General P. B. Starke, to the former county. But the carpet bag incumbent and applicant… stipulated with the Governor for the better paying county of Washington. He was informed that this had been promised to Doctor Stites, a negro member of the house, who had ‘stood by the Governor.’ Webber thought he could fix that. He was told by the Governor that if he could do this satisfactorily to Stites he could have Washington county.”
(J. S. McNeily, “War and Reconstruction in Mississippi, 1863-1890,” Publications of the Mississippi Historical Society, 1918) 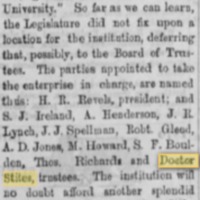 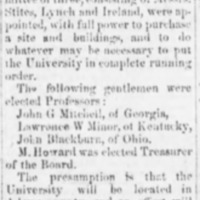 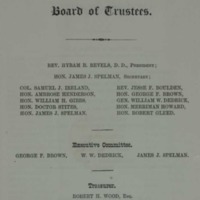 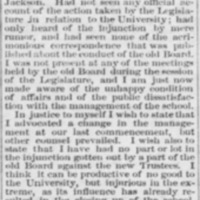 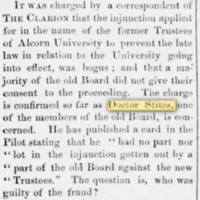 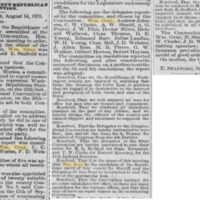