Served on the Warren County board of supervisors and board of police. Johnson appears on the 1880 census in Vicksburg with wife Ann.

“Born a slave in Kentucky, Johnson was sold or taken to Mississippi in the early 1830s and worked as a plasterer at Davis Bend. He obtained his freedom before the Civil War. In 1863, Johnson moved to a plantation near Vicksburg, then lived in the camp of an Indiana Union regiment during the siege of the city in 1863.”
(Eric Foner, Freedom’s Lawmakers: A Directory of Black Officeholders during Reconstruction, 1993) 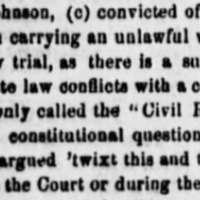 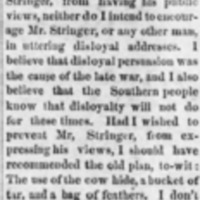 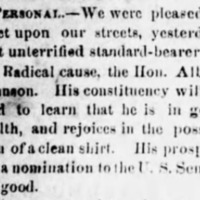 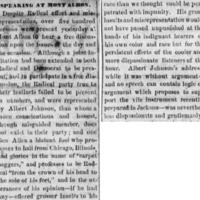 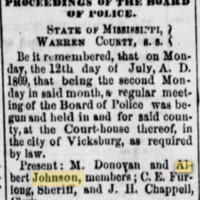 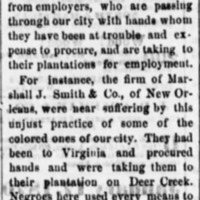 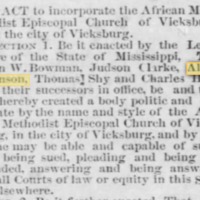 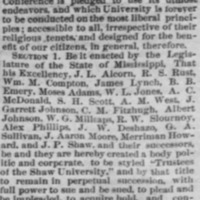 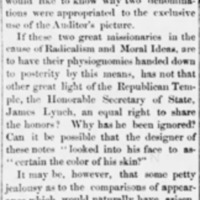 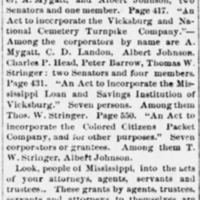 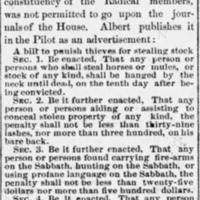 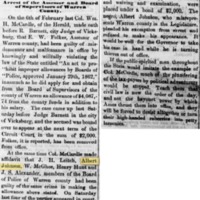 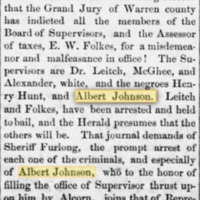 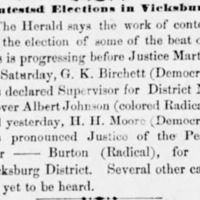 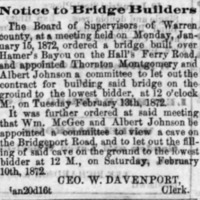 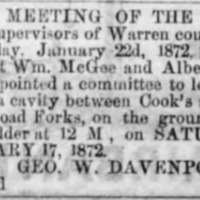 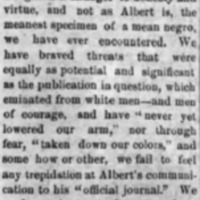 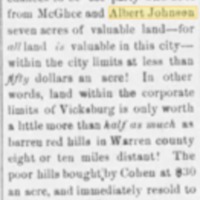 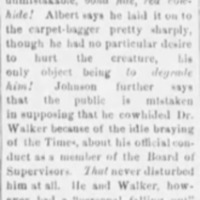 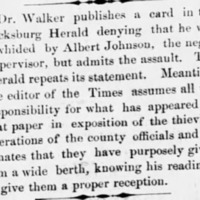 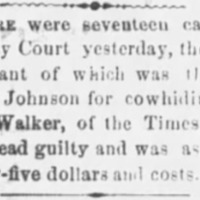 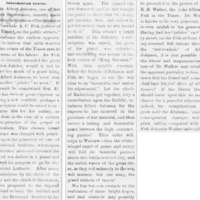 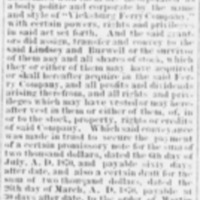 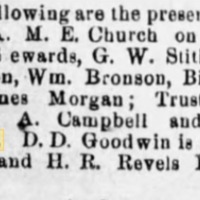