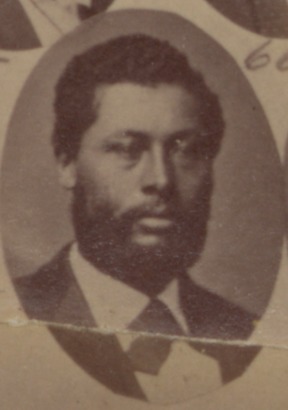 Listed on the 1880 census in Claiborne County with wife Ellen (a white woman from Kentucky), mother Alabama Barnes, and three children. Ellen was the daughter of William & Ellen Scyster Smith. On the 1900 census, Ellen is married to a black man named Richard Williams, and five of her children with Haskin Smith are in the household, the youngest born in 1891.

“Another case which attracted some attention within the state was the marriage of Haskins Smith, mulatto member of the state legislature, to the daughter of the owner of the hotel in which Smith worked in Port Gibson. Although leading citizens of the community held Smith to be a good man and refused to be aroused over the matter, lower classes among the whites created a great deal of disturbance. References to this marriage in a speech by a Negro in Vicksburg helped to bring about the overthrow of the Republican government in that city a little later in the summer.”
(Vernon Lane Wharton, The Negro in Mississippi, 1865-1890, 1947) 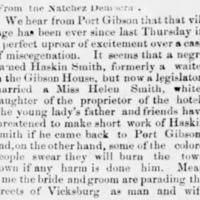 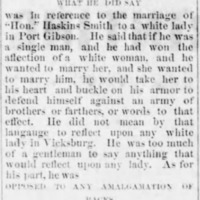 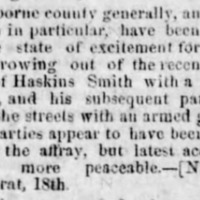 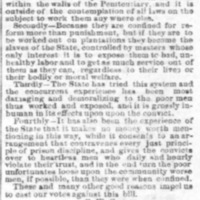 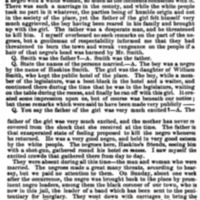