Born into slavery in North Carolina and brought to Mississippi in the 1840s. Carpenter, Methodist Episcopal minister. He was a Justice of the Peace, a member of the Board of Supervisors, chancery clerk (1874-1876), member of the school board, and a school trustee. When he was in the legislature, he served on the State Library Committee and the Joint Standing Committee of Executive Contingent Fund. Gave testimony in the congressional investigation into Mississippi’s violent 1875 election season; he recalled one white man telling him, “You have been a good man ever up to this time, but if you will now oppose us, we shall look upon you as an enemy.” 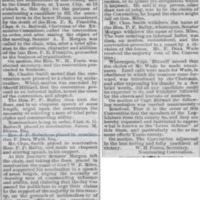 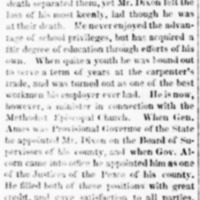